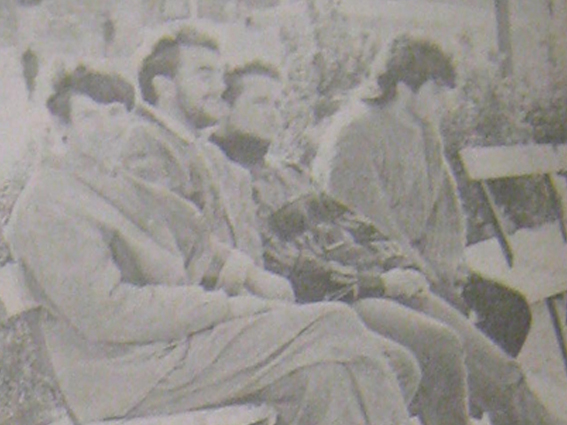 A recent article in Balkan Insight penned by Fjori Sinoruka and Mare Knezević explores the position of Albanian women migrants in Croatia. In ‘Struggling to be Seen: In Croatia, Albanian Women Fight Prejudice, Patriarchal Norms,’ the authors cite Belgium-based journalist Augustin Palokaj who previously lived in Croatia. He describes how Croatia was a window for discriminated Albanians during late Yugoslav socialism yet ‘life was not easy for the women of Albanian families who settled in Croatia’ with many working long hours in the home or in small family businesses facing prejudice and encountering difficulties in language acquisition.

Palokaj adds, ‘There is mockery and ridicule, which does not give them an incentive to socialise and integrate more into Croatian society.’ [1]

Sinoruka and Knezević’s contribution is a rare reflection on the position of Albanian women in Croatia. It ends on a cautiously optimistic note, quoting Croatian MP Ermina Lekaj Prljaskaj who believes that younger generations of Croatian-Albanians wish to master the language and participate in society.

An overview of Croatian and other Yugoslav print media coverage of Albanian migration from the late socialist period (the kind of material the project team is trawling through at the moment) predictably does not reveal very much about the position of Albanian women in Croatia. When such coverage engages with gendered aspects of migration, it tends to stress the importance of patriarchal family structures but suggesting the gradual weakening of family bonds.

In late 1988, the weekend edition of Split-based Slobodna Dalmacija included a series of feuilletons under the rubric of ‘Albanians in Dalmatia – what they are doing and how they live.’ [2] Authored by Dražen Gudić, the four lengthy articles provide sympathetic accounts of individual migrants from Kosovo and Western Macedonia who had migrated to Dalmatia.

In the voice of one protagonist, 21 year old Riza Haliti, Croatia is presented as the most desirable place for Yugoslav Albanian labour migrants. ‘You know, in Slovenia [….] Yes you are better paid but they look at you as if you are contagious [zaražen]. In Belgrade and Niš the pay is lower, there is less work and somebody will always provoke you and look at you strangely. Only here, we are left in peace, even with the police we have the least problems’. [3]

Gudić stressed that Albanians in Croatia were not a homogenous group with vignettes of professors, street cleaners, wealthy business owners and causal labourers included to illustrate his point. This is in sharp contrast to the often racialized stereotypes visible in the documents of Croatian municipalities and security services (much more to come on this in a future blog entry!) Gudić points to religious and cultural heterogeneity among the cycles of migrants – from Catholic Arbanasi fleeing the region of Lake Shkoder during the 16th and 17th centuries to contemporary Kosovars leaving the autonomous province due to coercion experienced after 1981.

Predictably, the protagonists featured are overwhelmingly male. The common tropes of Albanian private business owners – bakers, confectioners and goldsmiths – are invoked, though often with positive attributes –as hard workers and of honest men of their word. The question of politics is left aside ‘We are interested in economics [business] and not politics.’ [4] In the twilight years of Yugoslav socialism, frank discussion of entrepreneurial know-how as more acceptable newspaper fodder than any discourse of Albanian self-determination.

In the absence of accounts of Albanian women, the most revealing gendered aspect of the series of articles, is the position of young men and the adjustments, expectations, opportunities and constraints encountered by male Albanian labour migrants in the Socialist Republic of Croatia in 1988.

Following reports that Albanian business owners were mistreating workers, one baker, Mesud Hakiki, owner of ‘ST Burek’ in Split justified the interwoven nature of family and the workplace. Accusations of labour exploitation were reframed as care and familial obligation. He employed his 16-year old nephew Dašmir Zulfiu stating ‘do I exploit him? Yes, he works hard, it is not easy but he needs to learn how to live. Actually I take care of him. I watch who he socialises with, when he goes out to the cinema, he is the son of my sister. I have to make sure he is on the right path and, if he is good, I will lend him money to open up his own business.’ [5]

The most colourful account is given by 20 year old Avdil from Gostivar, Macedonia. The youngest of four brothers operating businesses in Split, Avdil remained the only single one among them, the other three already having wives and families in Gostivar living together in one large family home. Although Avdil did not enjoy life in Gostivar and already had a girlfriend in Split, he was expecting that when his father completed the preparations he would have to go to Macedonia and marry a woman chosen for him by his father. He remarked ‘There is no more buying a wife where we are from, that is only still in some villages. But my father decides who I will marry.’ Furthermore, Avdil would need to renovate his part of the house and contribute to the cost of the wedding, certainly in the range of 10,000 Deutsch Marks. Yet he appeared to be unfazed by the apparent life trajectory mapped out for him by his father and older brothers. According to the journalist: ‘He dreams of his own business and a good car, the nicer things in life. His wife, he states, will be staying in Gostivar. He will send money regularly but live in Split and probably have a girlfriend there. That’s not bad at all, reasons Avdil’.

Other migrants wished to break from tradition completely and considered Croatia as a temporary stepping-stone to the more lucrative job markets of Western Europe. An anonymous Kosovar worker at the green market in Split described how he had no interest in ‘keeping to traditions’ and returning to Kosovo to build a house and start a family. His plan was to depart for the West. In Split he was saving and attempting to arrange paperwork. ‘We all say that we are getting on well here. And that is true. But listen, here I am still a foreigner. I just work and sleep. In some foreign country it cannot be any different, but I would be able to earn a lot more. [6]

As for Albanian women in Croatia in 1988 – in the primary and secondary sources consulted so far (such as Gudić’s pieces in Nedjeljna Dalmacija) their perspectives remain marginal, indeed almost invisible. The oral history component of this research project shall hopefully be able to compensate for this omission in the printed sources and better account for the often silenced voices of Albanian women and their experience of life in socialist Croatia. Pandemic allowing, the team’s researchers will attempt to better account for their life trajectories through fieldwork in 2021.

[2] I am very grateful to Nikica Baric for drawing my attention to this, and sending me the material. On his work on Split in the 1980s see: Nikica Barić, Split 1980-ih. Društveni sukobi u sutonu samoupravnoga socijalizma (Zagreb: Hrvatski institut za povijest, 2019).