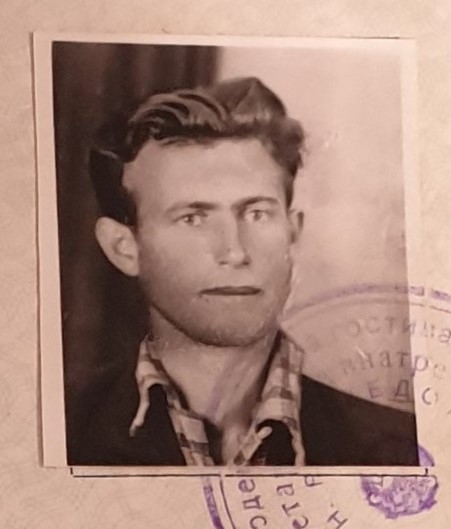 In May 2021, I began archival research in Ljubljana. Thus far, I have focused on Albanian confectioners from the greater Ljubljana region in the early socialist period (1945-1955). Many useful documents were uncovered. They mostly pertain to crafts and feature a couple of dozen confectioners from Ljubljana and surrounding towns. It is clear that the Albanian migration from this period was not yet industrial migration and did not involve unskilled or semi-skilled manual labour. Rather, it seems that it was a continuation of a pre-World War II pattern of Albanian migration, resembling in fact pečalba/gurbet[1] . All of the mentioned confectioners came from a couple of villages between Tetovo and Gostivar, and the village of Pirok is by far the most prominent.

The gathered archival material mostly speaks of the relationship between the Albanian confectioners from contemporary North Macedonia and the Slovene local authorities which will be illustrated in the next paragraphs. Other than that, it can be inferred from the material that the confectioners were very mobile. For instance, before arriving in Slovenia, a few of them had lived and worked in Czechoslovakia and Romania. At points, Turkey is also mentioned. Frequently, confectioners temporarily closed their shop in order to make visits to their home-villages.

All of the documents pertain to crafts and illustrate the often-difficult path of establishing and running a private sweet-shop selling mostly ice-cream. Based on the archival documents, I will now present the story of Redžep Redžepović from Kamnik. I find his story exemplary of the bureaucratic hurdles that Albanian confectioners met when establishing a private business in Slovenia.

In 1951 at the age of 26, he acquired a Confectioner’s diploma in Loznica, a small town on the Drina River in western Serbia. To my knowledge, Loznica did not have any special confectionary tradition that would explain why Redžepović acquired his diploma there.

In May 1954 Redžepović officially lived in Slovenska Bistrica and tried to open a sweet-shop in Celje. He was not successful in attaining a crafts licence (obrtno dovoljenje) since he could not find a suitable premises. He found one in June 1954 in Kamnik. Another Albanian confectioner Adem Muharemović sold his shop and all of his sweet-shop equipment to Redžepović.

Redžepović attempted to get the necessary licence from the Kamnik municipal authorities in July 1954, and this is where his kafkaesque troubles began. Although he presented the authorities with all of the required documents, he was denied a license in August, the reason being that there was reportedly ‘no local need’ for such a craft. Supposedly, the state-owned confectionery firm in Kamnik that employed 6 people was enough. Moreover, the tax-debt of the previous owner Muharemović was referenced as proof that a private sweet-shop in Kamnik is ‘unprofitable and unnecessary’.

In September 1954, Redžepović tried again. With the help of a lawyer, he assembled a very articulate and eloquent complaint sent to the municipal authorities and forwarded it to the republican authorities in charge of economic affairs. The letter claimed that Redžepović ‘has provided irrefutable evidence that he meets the legal requirements’. Replying to the argument of ‘no local need,’ he stated that ‘Such reasons are not convincing and are in fact not true at all. At first glance, it is clear that for the city of Kamnik with many industries and highly developed foreign and tourist traffic, a single confectionery company is by no means sufficient, especially considering that the existing city company is a first-class company. Its prices are not affordable for all customers. My company, on the other hand, is aimed at the less wealthy sections of the society who are forced to act sparingly.’

Next, the letter argues that it is out of place for the municipality to refer to the fact that the previous owner did not pay his taxes regularly, as he in the end did pay them, and could have done so earlier if he had only put in a bit more effort.

Procedural arguments are then followed by an appeal to the applicant’s poor material condition: ‘In resolving my application, it was not taken into account that I have to support my large family – 10 members, who have no land tenure and who are in all respects dependent exclusively on the work of my hands.’

After that Redžepović provided a striking argument related to his origin and his own cultural expectations: ‘I am a Muslim of true Turkish origin, but I have nothing in common with the Arnaut [Albanian] nationality. I therefore ask that this be taken into account when dealing with this complaint of mine. In this regard, I must also emphasize that I am looking for a job in Slovenia precisely because I personally have greater cultural ambitions, which cannot be satisfied in my homeland. That is why I have decided to apply for emigration to the Republic of Turkey in case I do not obtain the requested craft licence in Slovenia.’

A few important tropes that are closely related to the Albanian Yugoslav experience appear here. Firstly, emphasising that he is not Albanian but Turkish probably presents an example of ethnic mimicry[3] since his village of birth was Albanian, not Turkish. Even in the unlikely event of Redžepović being in fact Turkish, his claim is illustrative of how being regarded as Turkish was recognised as more advantageous compared to being regarded as Albanian.

Secondly, to back up his claim, Redžepović posits he will emigrate to Turkey in the case of an unsuccessful application for a confectionary licence. This ‘threat’ needs to be understood in the context of Yugoslavia’s pre- and post-World War 2 deals with the Republic of Turkey to accepts Yugoslavia’s Muslim population.[4] Albanians, like Slavic Muslims, were often incited to identify as Turks and emigrate to Turkey. While this process was at times coercive, Redžepović’s example illustrates that in his case it was a potentially advantageous strategy to distance himself from an Albanian identity.

Thirdly, when he spoke about his ‘greater cultural ambitions,’ this seemingly functioned as a strategy of distancing himself from Albanian culture, and thus raising his chances of acquiring a craft license. This motive was seen in at least another example from the same period. All of the cultural arguments appear only in this one document that was written with the help of a local lawyer. Thus, it is possible to speculate on the option that these arguments were included on the recommendation of the lawyer and were based on his understanding of how Albanians are perceived in Slovenia.

Finally, Redžepović mentions his 1948 mandatory service in the Yugoslav military where he was entrusted with the role of border guard commander on the Hungarian border. Mentions of war time contribution to the Partisan resistance movement or after-war service in the Yugoslav People’s army is another frequent argument of Albanian confectioner’s when applying for a trade licence. I have seen cases when such claims in fact made a decisive difference in obtaining the license.

In Redžepović’s example, this was not the case. His complaint was unsuccessful, and the Republican Secretariat for Economic Affairs stated that the municipal authorities have a discretionary right to decide on the ‘local needs’ when approving licenses. The police in Kamnik were then instructed to order the end of operation of the sweet-shop.

In October 1954, Redžepović tried his luck for the third time with a visit to the Office of Appeal at the Slovenian republican government. This time, he mostly referred to his poor material status. He stated that he has to take care of nine family members in Macedonia, all without employment. Moreover, he argued that he spent all of his savings on buying the premises and equipment in Kamnik from the previous owner, Muharemović. The Office of Appeal then contacted the municipal authorities with a request that Redžepović’s application be re-evaluated favourably considering his family’s difficult material conditions.

The Kamnik municipal authorities were relentless, and in November 1954 they again refused to provide Redžepović with a license to operate the confectionery shop. Their arguments were now different. Instead of referring to ‘no local need,’ they denied his application with the argument that the previous owner, Muharemović, was still registered as a confectioner in Kamnik.

Writing again to the Kamnik municipal authorities, Redžepović tried his luck for the last time, desperately writing that “in the situation I am in now, I can no longer live. If I were alone, it would be easier for me. However, since I have a family and parents that I have to take care of myself, I urgently need help. Comrades who will address my request, I hope they will change their minds since they all are ‘sensible people’ (‘življenjski ljudje’).

In December 1954, the Kamnik municipal authorities finally decided in favour of Redžepović’s request adding that his license would be issued when the previous owner Muharemović submits a deregistration of his craft.

From Muharemović’s documents, I noticed that he temporarily closed his shop for two months (November, December) because of a trip to Turkey to visit relatives. It might have been the case that Redžepović could not access Muharemović to ask him to deregister his craft. In one of his complaints, Redžepović even mentioned that Muharemović planned to emigrate to Turkey permanently. In January 1955, however, Muharemović sent a request for the termination of his Kamnik confectionery craft license, and in the same month Redžepović was finally issued his own license to start operating the sweet-shop.

What this and other examples of Albanian confectioner’s hurdles with the local authorities illustrate, is an unfavourable treatment of Albanian sweet-shop owners. Local authorities in many cases switched between the reasons for not granting a craft licence to ‘oriental’[5] confectioners. When one type of argument was exhausted, they used another one. The arguments ranged from formal requirements to vaguely defined ‘local need’ to unsatisfactory hygiene to more ludicrous reproaches of laziness.

Redžepović’s example, however, also illustrated that Albanian confectioners were not only passive recipients of a disadvantageous treatment. They attempted to improve their chances by manoeuvring through different levels of decision-making and tried to negotiate better prospects by switching between different registers of arguments ranging from material conditions to the cultural preferences for the Slovene environment. Personally, the example of Redžep Redžepović was surprising since it showed that the republican authorities were much more understanding compared to the local ones. In future work, special care will be given to further explore this divergence.

[2] In this text I use the name Redžep Redžepović since this version appeares most frequently in the archival documents.